From early planning advice to emergency payroll for imminent work, Link Global Management can help you with your work arrangements.

Get in touch with one of our advisors now using the phone number at the top of the page, or use our online form and email services.

Link Global Management can provide a full range of payroll services in Sweden. You’ll be engaged on our payroll and income is paid in the form of salary, allowances and expenses, the proportion of each part depending on your circumstances.

You can reduce this taxable amount by offsetting some business expenses. There are different tax rates and bands according to your earnings level and marital/family status. We’ll discuss your personal circumstances with you and help you minimise your tax and social security liabilities, within the boundaries of Swedish legislation. As for your tax return, we’ll take care of this for you. It gets filed each year in Sweden, with advice and help from us.

Sweden’s got one of the highest personal income tax rates in the world, clocking in at 56.9% Foreigners living in Sweden are taxed based on how long they’ve lived in the country. To be considered a Swedish resident for tax purposes, an expat must either have a permanent home in Sweden or have stayed in the country for more than six months in a year.

Non-residents who are working in Sweden on a temporary basis are usually taxed only on that income earned while in the country, while residents are taxed on their income, including capital gains and pensions, regardless of the country of origin.

Residents are subject to Swedish taxes on their worldwide income. Foreign key personnel, who are experts and scientists with knowledge and skills that are scarce in Sweden, may benefit from an expatriate tax regime. Expatriates may take advantage of the tax regime only if their applications are approved.

The regime applies to individuals whose periods of assignment will not exceed five years, and tax relief may be granted for only the first three years. An individual who has resided in Sweden at any time during the five years preceding the calendar year when the assignment starts is not entitled to tax relief under this regime. Non-residents who perform work in Sweden are taxed at a flat rate of 25%, and no deductions are allowed. This tax is imposed as a final withholding tax.

Thinking of contracting in Sweden? 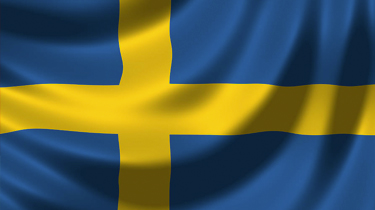 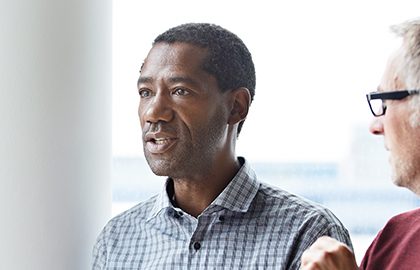 “The quality of service that Link provide is second to none.”

Sweden is one of the most popular destinations in Europe and almost everybody speaks English.

It’s got exciting design, wild music festivals, medieval towns and cultural cities. Did you know that 97% of the country is uninhabited? There’s a lot of beautiful open space to explore. After Christmas, midsummer or midsommar is the most important celebration with maypole dancing and pretty girls with flowers in their hair. If you like pickled herrings, you’ll be happy here but there’s plenty more to the food and lots of international cuisine on offer. Stockholm is picturesque, walkable and charming all-year round. The most Northern part of Sweden, Lapland is a snowy wonderland. You can even see the Northern Lights.